This is the first in a mini series of posts adapted from a longer article published in Business Issues, the IATEFL BESIG Newsletter, Autumn 2013, Issue 85, and is reproduced with the kind permission of the Editor, Julia Waldner.

Mobile devices can be disruptive in the classroom. When in groups, some learners may find the temptation to respond surreptitiously, or not so surreptitiously, to friends’ text messages or status updates in Facebook simply too great to resist. In one-to-one lessons, it might be difficult for the learner to ignore a call from an important customer or supplier. Avoiding these possible distractions by disallowing the use of mobile devices altogether is probably not an option that is going to command too much respect in the modern-day classroom, and in any case, many learners now use them as very effective dictionaries, which is clearly no bad thing.

In a recent pre-workshop questionnaire, the teachers attending were asked about their and their learners’ use of mobile devices. As the summaries of responses below show, the numbers involved were small, but the results were pretty much in line with those from similar groups I’ve worked with over the last year or two. The disparity between the number of mobile devices in the classroom and the use being made of them as teaching tools is maybe the result of their being seen primarily as a source of distraction and at best as just a convenient way of getting learners to use a dictionary. But perhaps the connectivity that learners enjoy from their mobile devices can also be seen as an opportunity we should be trying to grasp.

So, working on the premise that what can sometimes make mobile devices so distracting may also be effective in engaging learners’ attention, in this mini-series of posts we’re going to be looking at some easy-to-use apps and online tools that can extend the range of possible interactions available for learning purposes in the classroom. 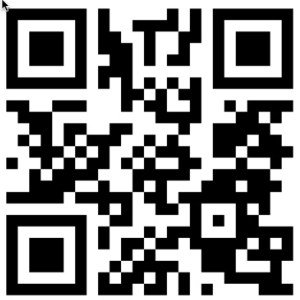 Speed and ease of use seem to be the order of the day when it comes to the adoption of apps or online tools. The fewer clicks of the mouse or taps on the mobile screen the better. Quick Response (QR) code generators and readers are a key addition to the teacher’s toolkit that will help greatly in ensuring that learners accept and engage with activities designed to make use of their mobile devices. QR codes were originally designed for industrial use and have become very popular in advertising. The information they contain can be read by mobile devices with a camera and the appropriate decoding app installed. So, instead of having to type out an Internet address, for example, a user can point their device at the code and be taken directly to the website. Other uses include having a code that includes all the contact details you would like to share with new acquaintances – a sort of digital business card. For more information about QR codes, scan the one above on the left using your mobile device (see below for details of QR code reader apps) or use this link: QR codes. 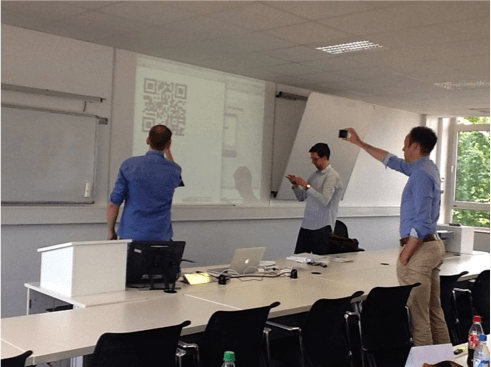 A QR code generator can automatically produce a code for any web page you’re viewing on your computer. You can add one to your browser using the bookmarklet offered here by ActiveHistory.co.uk. You’ll also find helpful ideas for using QR codes in your teaching. To do the same on your mobile device you’ll need an app. For Apple devices, Barcode+Free works well and for Android, there’s quite a range of apps in Google Play, including QR Code Generator. Next, you’ll need a QR code reader for your mobile device. For both Apple and Android devices, the i-nigma app is fast and reliable and has the added advantage of opening links in your default browser.

So, now we’re all set. We can produce QR codes and if learners don’t already have one on their device we can suggest a reader app for them to install. What next? In the posts that follow in this mini-series on apps in the classroom, I’ll make some suggestions for activities using some of the many free tools available to us online. It’s important to note that all of them work both in a traditional desktop browser and mobile devices so that nobody is excluded provided they have access to one or the other.

Use this link to go to the second part in this mini-series: Apps in the classroom (2). 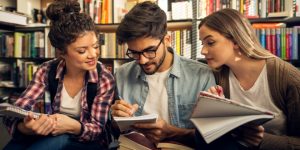